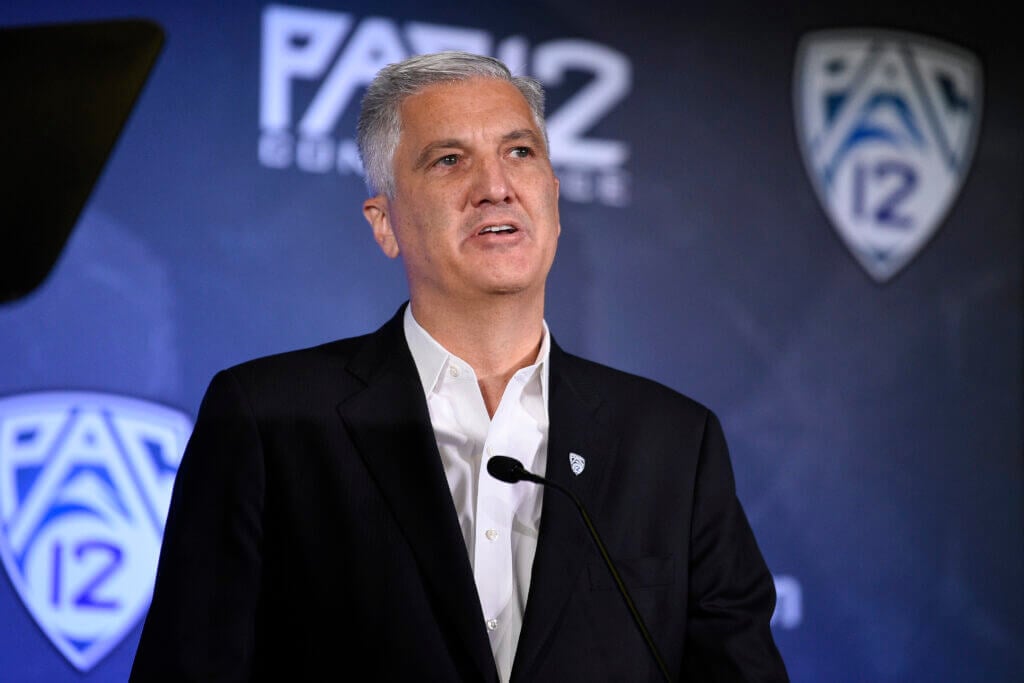 Pac-12 commissioner George Kliavkoff sent a letter to the University of California Board of Regents on Thursday in an attempt to overturn the UCLA chancellor’s decision to leave the Big Ten in 2024, a source confirmed to The Athletic. Kliavkoff’s three-page letter, first reported by The New York Times, outlined reasons why the program would be hurt both financially and emotionally if it made the move. GO DEEPERWhat USC, UCLA's move to the Big Ten means for sports other than football He wrote that UCLA athletes could see their academic and health status decline due to increased time traveling on planes to road games. Family and friends of those athletes would also have a more arduous and expensive time seeing the Bruins compete further away from California. Kliavkoff stated travel costs — currently $8.1 in the Pac-12 — would jump to $23.7 million if flights were chartered in the Big Ten. The letter additionally stated salaries for coaches and administrators would be forced to go up in the Big Ten despite the new seven-year, $7.5 billion media rights deal. UCLA and local rival USC are both expected to join the Big Ten in 2024. (Photo: Kelvin Kuo / USA Today)